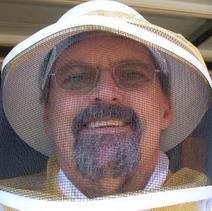 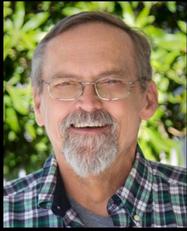 Wayne Bennion was diagnosed with HIV (Human Immunodeficiency Virus) in 1986, when no treatment was available. After drugs became available, he underwent treatment. Over time, his kidney function began to decline, but his internist wasn't particularly concerned because some of these treatments were known to impair kidney function temporarily. Unfortunately, Wayne's impairment was not temporary. He wasn't referred to a nephrologist until he was already in Stage 3 kidney failure. This was sometime around 2012.

Wayne chose a nephrologist with a convenient office location, but found this doctor wasn't a good fit, so he eventually selected Dr. Ole Dierks. At his first visit with Dr. Dierks, the doctor referred him to the Bay Area Association of Kidney Patients (BAAKP), and Wayne began going to the BAAKP support group meetings in Oakland. His GFR (Glomerular Filtration Rate), a measure of kidney function, was around 20 at that time. It continued to decline, and Dr. Dierks discussed dialysis with Wayne, encouraging him to prepare for both hemodialysis and peritoneal dialysis. Subsequently, he had surgery to insert both a catheter for peritoneal dialysis and a fistula for hemodialysis. He was leaning toward peritoneal dialysis, but Dr. Dierks suggested home hemodialysis as an alternative.

Home Hemo is a superior dialysis option, with fewer side effects, less recovery time, a less restrictive diet and a better quality of life. Wayne especially valued being able to stay home and avoid dialysis centers. Usually home hemodialysis requires that a “care partner” be available to assist, but Wayne lived alone. He was able to convince his doctors that he could do it himself.

Wayne was referred to Wellbound San Leandro for home dialysis. Training began the same time as dialysis, at first with Wellbound nurses taking care of preparation and cannulation, but with each treatment Wayne was given more responsibility until he could complete a treatment without help. Wayne says the hardest part was the self-cannulation (inserting the 2 needles into his arm), but he was able to do it with the training and encouragement of Wellbound staff. After about 6 weeks of training at the Wellbound office, he was able to take the machine home.

Meanwhile, Wayne started looking for a transplant. At Dr. Dierks's suggestion, he signed up at the UCSF Transplant Clinic when his GFR was at 20, even before he started dialysis.  UCSF projected a wait time of up to 8 years. Wayne then realized that, as a veteran, he was eligible for the kidney transplant program at the VA hospital, which is in Portland, OR. But the VA required there be a caregiver who will commit to being in Portland after the transplant for up to 8 weeks.  Eventually Wayne got a retired friend to make that commitment, which the VA verified by social worker interviews with the friend and even her husband! Eventually, Wayne was active on both waiting lists.

Wayne got “the call” from UCSF in the predawn hours of June 2, 2017. They had a “perfect match” for him. His deceased donor was 40 years old and had been diagnosed with diabetes, but not treated. Because of a “perfect match” being found, Wayne was able to receive the kidney ahead of others with a less advantageous match. In all, Wayne was only on dialysis for just over two years, for which he is feels very fortunate. The transplant surgery was successful, and today Wayne is living a normal, healthy life.

Being on multiple kidney transplant lists increased Wayne's chances of receiving a kidney and was helpful, despite the extra effort needed to complete all the requirements.