On February 26, 2008, as she and her husband Walt readied themselves for bed, they agreed that since they had not made any plans for their wedding anniversary (which was the next day, February 27th) that they would discuss ideas in the morning.  In the middle of the night, the phone rang with “the call.”   Dr. Marc Melcher, a transplant surgeon from Stanford, said they had a kidney for her!  She was offered and accepted what they called at that time, a “high risk” kidney from a deceased drug user. Early the next day, Linda and Walt appeared at Stanford hospital and the pre-emptive deceased donor kidney transplant took place; Linda never went on dialysis.  Now, 11 years later, that kidney “rocks on.”   What a life-saving 41st-anniversary present that was!

Linda and her husband Walt

While still in her 20’s, Linda Umbach developed Vasculitis, an autoimmune disease that caused congestive heart failure and damaged her kidneys. During months of hospitalization, she was successfully treated with a combination of high dose steroids and Cytoxan, an anti-cancer drug. With the autoimmune disease in remission, she limped along for decades with reduced kidney function, eventually ending up 40 years later in Stage 5 kidney disease. Thanks to her background as a researcher, Linda discovered that there were ways to try to conserve what little kidney capacity she had left.  She went “on the list” for a kidney transplant at Stanford, and while waiting for “the call,” hopefully for a “pre-emptive” transplant, she tried to be the healthiest kidney patient possible.  (A pre-emptive transplant takes place before dialysis.)

The kidney diet was her main focus. Armed with an understanding of her regular lab tests, she watched her intake of protein, potassium, and phosphates. And she followed her creatinine, a measurement of kidney function. The hardest item to control was her phosphate level; no matter how hard she tried, she couldn’t take enough phosphate binders.

In 2007, and supported by her nephrologist, Dr. Toby Gottheiner, Linda was one of the founders of the Bay Area Association of Kidney Patients (BAAKP). Linda and the other founders realized there was a lack of kidney disease information and support available for our local kidney patients here in the San Francisco Bay Area. Initially, the Bay Area Association of Kidney Patients was to become a subsidiary of the national organization of the American Association of Kidney Patients (AAKP).   However, when the AAKP closed down its chapters throughout the country, this founding group decided to “go it alone” as a separate 501c3 organization, eventually becoming a “project” of Inquiring Systems Incorporated (ISI), a fiscal sponsor. Throughout the years, Linda has been President, Executive Director, Programs Chair, and now is on the Development Committee of BAAKP. 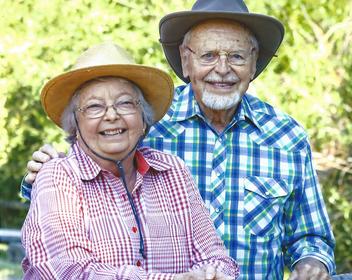